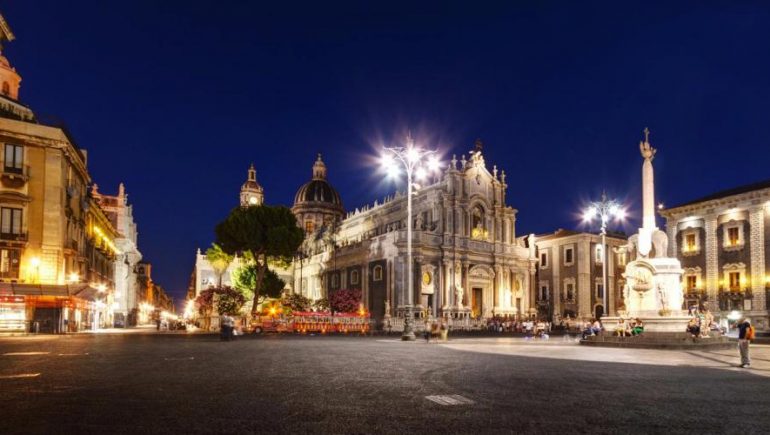 Catania’s Piazza del Duomo is the main square of the city. In it converge three roads, namely the Via Etna, the historic town board, the via Giuseppe Garibaldi and the Via Vittorio Emanuele II that runs through it from east to west. On the eastern side of the square stands the Cathedral, dedicated to the patron saint of the city that is celebrated on February 5th 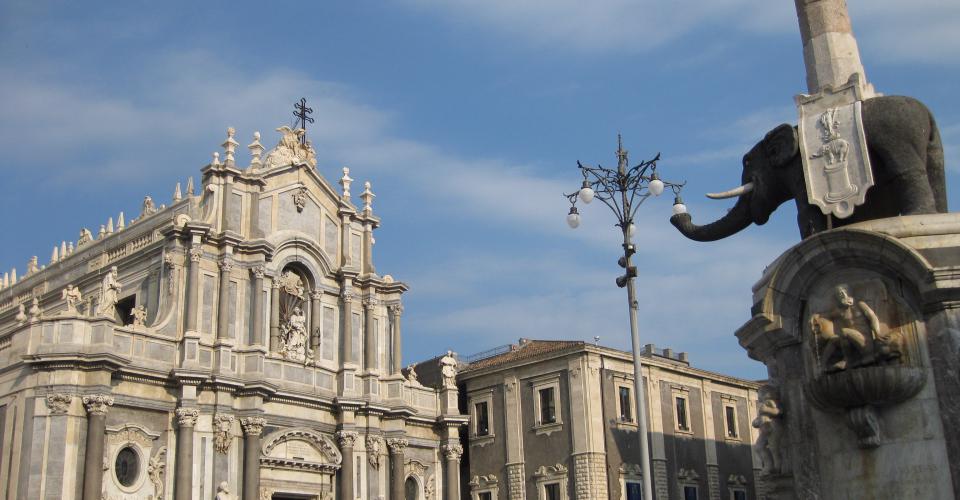 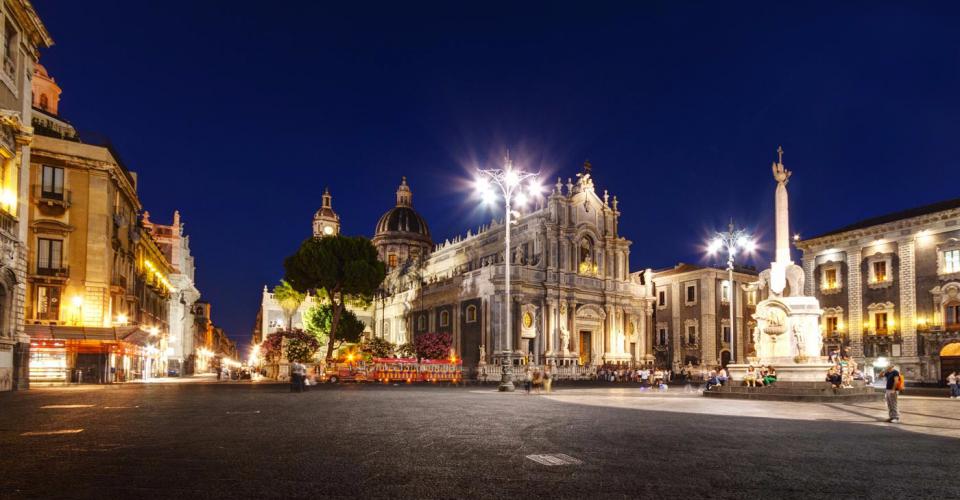 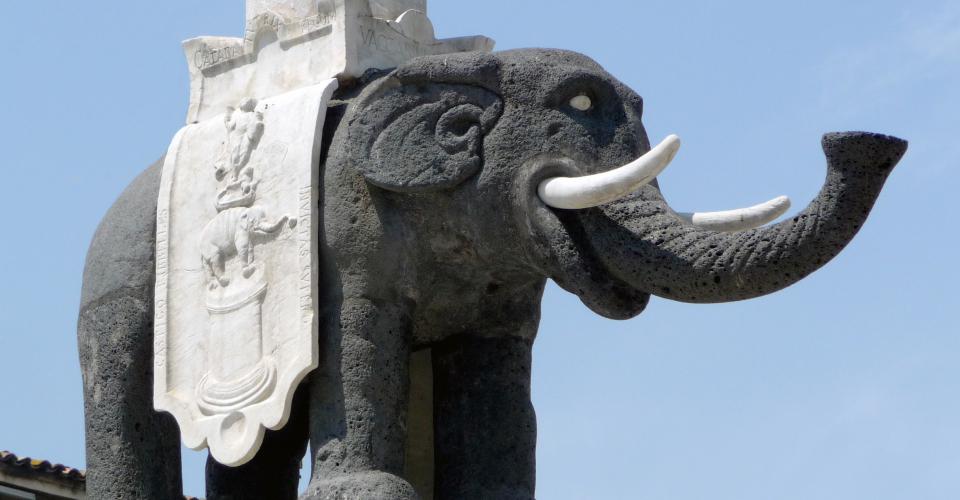 A monumental work made between 1735 and 1737 by the architect Giovanni Battista Vaccarini, placed in the center of the Piazza del Duomo in Catania.

Its main element is a black basalt statue of an elephant, commonly called “u Liotru” and considered the emblem of the Sicilian city.

An ancient legend shows the elephant origin of Catania, which since 1239 is the official symbol of the city that legend says that when Catania was first inhabited, all fierce and dangerous animals were put to flight by an elephant , to which the people of Catania, in a sign of gratitude, erected a statue, they called with the popular name of liotru, which is a dialect correction of the name of Elidoro, a Catania duct of the eighth century, which was made to burn alive in 778 by the bishop of Catania St Leo II the Wonderworker, because Elidoro, having failed to become bishop of the city, disturbed the sacred functions with various spells, including one to walk the stone elephant.

“And ‘nta lu chianu there principiata Of the great cathedrals a funtana, Maistusa, well done, ottangulata. The nobility and Mo populu ccu gana Of tri stones fortunes located Irgeru stu large sources in the Rumana. “(EN)” And in the square was begun before the great Cathedral fountain, majestic, well-made, octagonal. The nobility and the people ardently by the placement of the three types of rocks have erected this great source to the Roman “(Antonio Zacco, 1735)

Next post
RESERVE
Disclosure pursuant to Legislative Decree. N. 196/03 - Protection of privacy. The personal data collected through this form are treated to register you on the site, for statistical calculations, and to send, if you wish so, information on the activities and services of Il Leone Blu, with modality, even automated, strictly for this purposes. We inform you that the disclosure of information is mandatory and any refusal could result a fail to the timely fulfillment of obligations assumed by us, to provide the services required. The data controller is Il Leone Blu. You will be able to exercise the RIGHTS referred into Article 7 of Legislative Decree n . 196/03 ( ACCESS, integration, correction, opposition, CANCELLATION ) by writing to "leoneblucatania@gmail.com". Data will be treated by Officers involved in the Management and administration initiative, into Il Leone Blu. Consensus - read the information, * with the compilation of this document I consent to processing my personal data in the manner and for the purposes indicated in the same informative * through the e- mail address assignment, a fax number and / or the telephone number I allow to use these tools to send information.